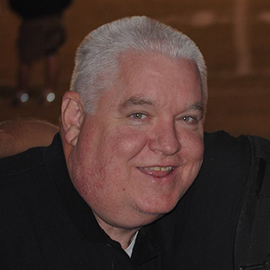 Dan, musical director of the Phoenicians Chorus from January 2017 to December 2019, is a long-time barbershopper that began with his finding a chorus in 1976 in the Chicago suburb of Tinley Park. He enjoyed singing in several  quartets there and directing choruses in Sweet Adelines, Harmony Incorporated, and SPEBSQSA, now the Barbershop Harmony Society..

After moving to Phoenix in 1983, Dan became the assistant director of the Phoenicians and later directed the Scottsdale Copperstatesmen Chorus and the Paradise Valley Chorus and sang in the “After Hours,” “Phoenix Rising,” and “Seems Like Old Times,” quartets. He currently sings in the “Home Town Heroes” quartet.