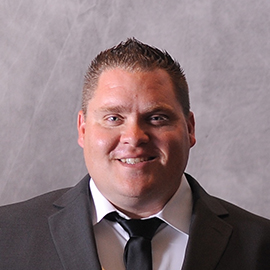 Danny started his barbershop career right here in the Greater Phoenix Chapter. He joined the Barbershop Harmony Society (BHS) at age 11, singing with the Phoenicians. He has competed nine times in the BHS International chorus contest winning a gold medal with the Westminster Chorus in 2007.

Danny started singing in a quartet, After Hours, with his dad, Dan Ryan, Sr., at age 16. He then branched out on his own, continuing to sing baritone with quartets such as, Rhythm & Rhapsody, Legacy, Impact, Xtream and singing lead in a collegiate quartet TAGTEAM, placing 8th in the BHS International College quartet contest. His quartet, Vocal Edition was the 2013-2014 AZ Division Quartet Champions, The 2013 Far Western District Quartet Silver Medalists and the 2014 FWD Bronze Medalists. They also placed 25th at the 2014 BHS International Quartet Contest. His most recent quartet, Suit Up, won the 2015 AZ Division Quartet Championship.