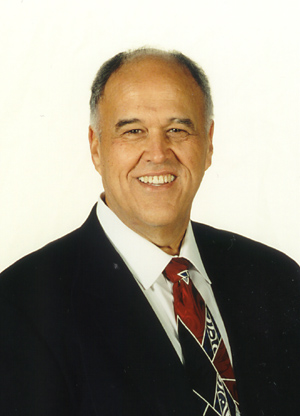 A native Texan, he was a Phoenicians vocal coach for many years before becomming their Director. In his musical career he has directed scholastic and barbershop choruses, worked for a year as a music and quartet development specialist for the international barbershop harmony society (SPEBSQSA), and sang in three Southwestern District championship barbershop quartets. Scholastic choruses that he directed won numerous state awards during his 17 years as a high school choral director.

He has coached a number of men's and women's quartets and choruses, including several international champions, in the U.S., Canada, Europe, Australia and New Zealand. Among those are the three most recent men's international championship quartets: FRED, Revival, and Platinum. He also is a frequent coach at SPEBSQSA and Sweet Adelines International vocal training schools.

As an accomplished vocalist, he has been a soloist with the Dallas Civic Chorus, Dallas Vocal Arts Ensemble, and Texas Music Educators Association Regional Choirs, among others. Casey has a music educator's degree from Sam Houston State University and has done graduate work at Texas Tech University.