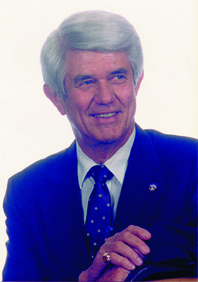 Among his numerous credits are Phoenicians Barbershopper of the Year (1969), Chapter President (El Paso), Southwest District President, International President, quartet and chorus coach, Certified Judge in the Interpretation Category, and inductee into both the Southwest and Far Western District Halls of Fame.

Lou's contributions to the Phoenicians are beyond anyone's wildest expectations, turning rags to riches and molding an also-ran chorus into a world champion. He taught us how to sing, how to entertain, and how to make music. More importantly though, he taught us how to laugh, and how to love, and empowered us with a commitment to hard work, mutual trust, and graciousness that are the ingredients for "The Making of a Champion".